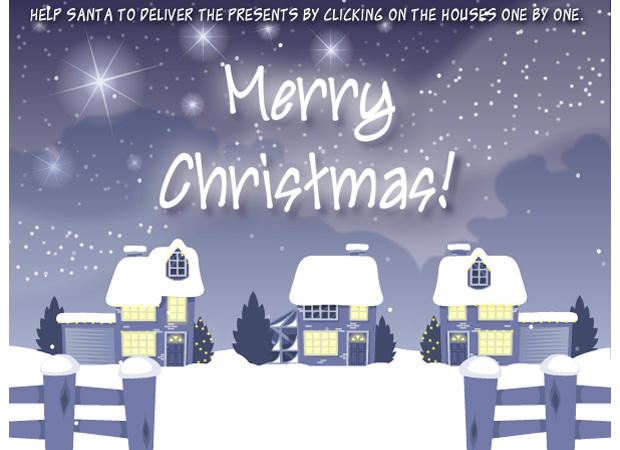 This interactive Christmas e-card is fantastic. Users start off seeing three houses with snow coming down around them all. The user is prompted to click on each house to help Santa deliver his presents. When the user clicks on the first house Santa appears and jumps down the chimney. You hear screams and lights go on and he pops out the chimney. The user then clicks onto the next house and Santa jumps down the next chimney which has smoke coming out of it and he is shot back out very quickly in a cloud of smoke. Santa then jumps to the next house and he does not quite make it and bounces off the garage. He then go down the chimney and is caught by the owner who tells him to get out. He then comes out of the chimney and gets into his sleigh and flies off. As he is flying away the sleigh detaches itself and crashes to the ground. Merry Christmas appears. This is a great fun interactive Christmas ecard.