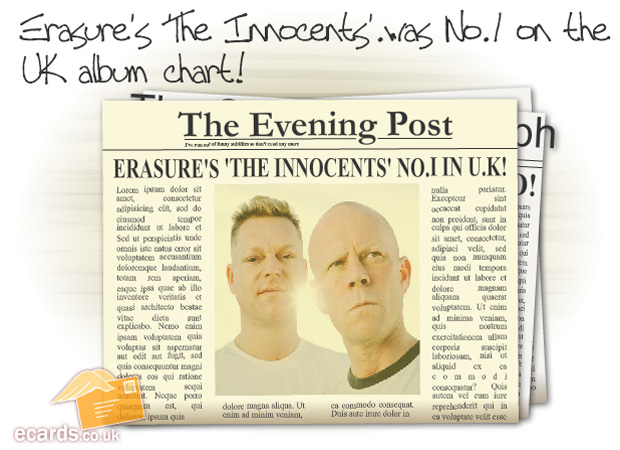 This cool Birthday eCard Begins with a newspaper spinning into the screen. It has an article on the front that says "The Last Emperor" won seven Oscars, another article then falls on top of this one, reading the second tells us that Cypress hill were formed, Then another falls down with Erasure's "The Innocents" was No.1 on the album charts on the front page. Then, finaly, a last article drops into the screen. It reads "(Recipients Name) was born today"!

This cool Birthday eCard Begins with a newspaper spinning into the screen.…