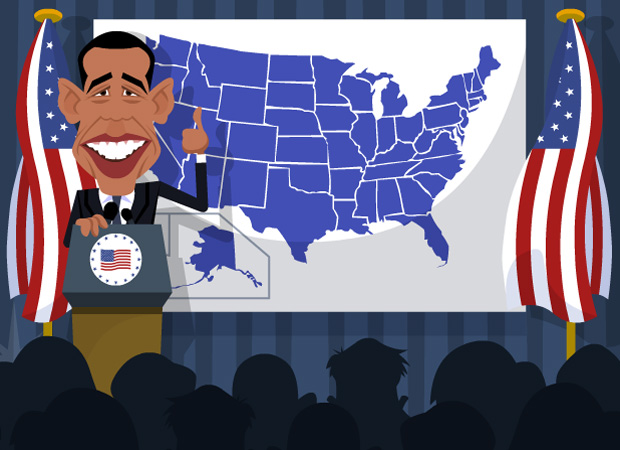 This is a funny political e-Card in which Obama is stood at the top of a very posh looking American conference stage, with reporters taking pictures of him as he smiles. He's introduced by text that says "Obama will be fighting for votes in all 50 states!" With a great contrast, McCain is then shown on an old rickety wooden stage that looks like something from a western movie, he has an old tattered map of the USA with the eastern coastal states highlighted. Text that introduces him says: "McCain is so old he'll be fighting for votes in all 13 colonies!"

In this great topical e Card, a man pulls up into a petrol station in his red…

This funny political ecards begins with text that reads: "Has anyone noticed…